Have you ever dreamt of building an inescapable prison?
Well from tomorrow (6th October) when Prison Architect is officially released, you can finally try to build the supermax facility of your dreams. Watch out however as the inescapable part is the easier part, the harder one being to keep your prisoners in line and keeping up with the inflow and release of inmates. 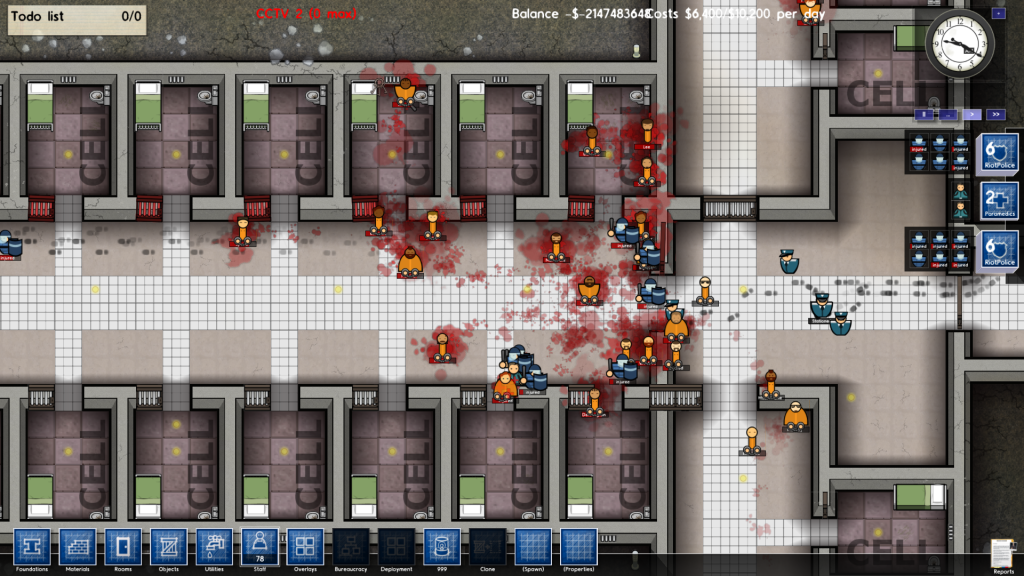 I remember playing one of the early alphas and having a lot of fun with the game, which although basic (and buggy) was still very detailed. Since then (the first alpha was released in late 2012) a ton of new features and mechanics have been added.

During the alpha the only available play mode was the sandbox: it started out small and walked you through the basics; a holding cell, shower, canteen and kitchen.
You can build whatever you wish and you will probably get ahead of yourself and either end up with riots or bankrupt. So my tip is to take it slow and add or improve only the sections you need, accepting the grants as they come in order to build on a solid base.

The official release promises two new game modes: story and escape (watch the video below for the official announcement).

Both new modes are an excellent idea to get all the alpha buyers that have played  in sandbox mode and maybe got tired of the game a bit to come back for the official release, if only to escape from one of their own handcrafted prisons.
I’m looking forward to escape mode especially, as it sounds like a great way to see the prison you created from the other side and try to take advantage of all the things you missed when building the prison to now escape from it.

Take a look at the video to hear from the developers and get a preview of escape mode:

Why play this game: you like Sim City-like games and want to let out the prison warden side of your personality or have a try at reforming prisoners.

Why not play this game: if you hate the simplistic graphic style and its humour.

Prison Architect is available on steam.