Braveland is a turn-based strategy game developed by Tortuga Team. You play as a brave farmer who attends the looting of his village and decides to take justice into his own hands by donning the armor of his father. Yes, another hero born atop the smoking ruins of a village!

Unfortunately for him (or fortunately, looking at his bellicose inheritance), a thief hides another, and he finds himself facing more powerful opponents. Their ambitious goals go well beyond the ransacking of an isolated village, smirk smirk! 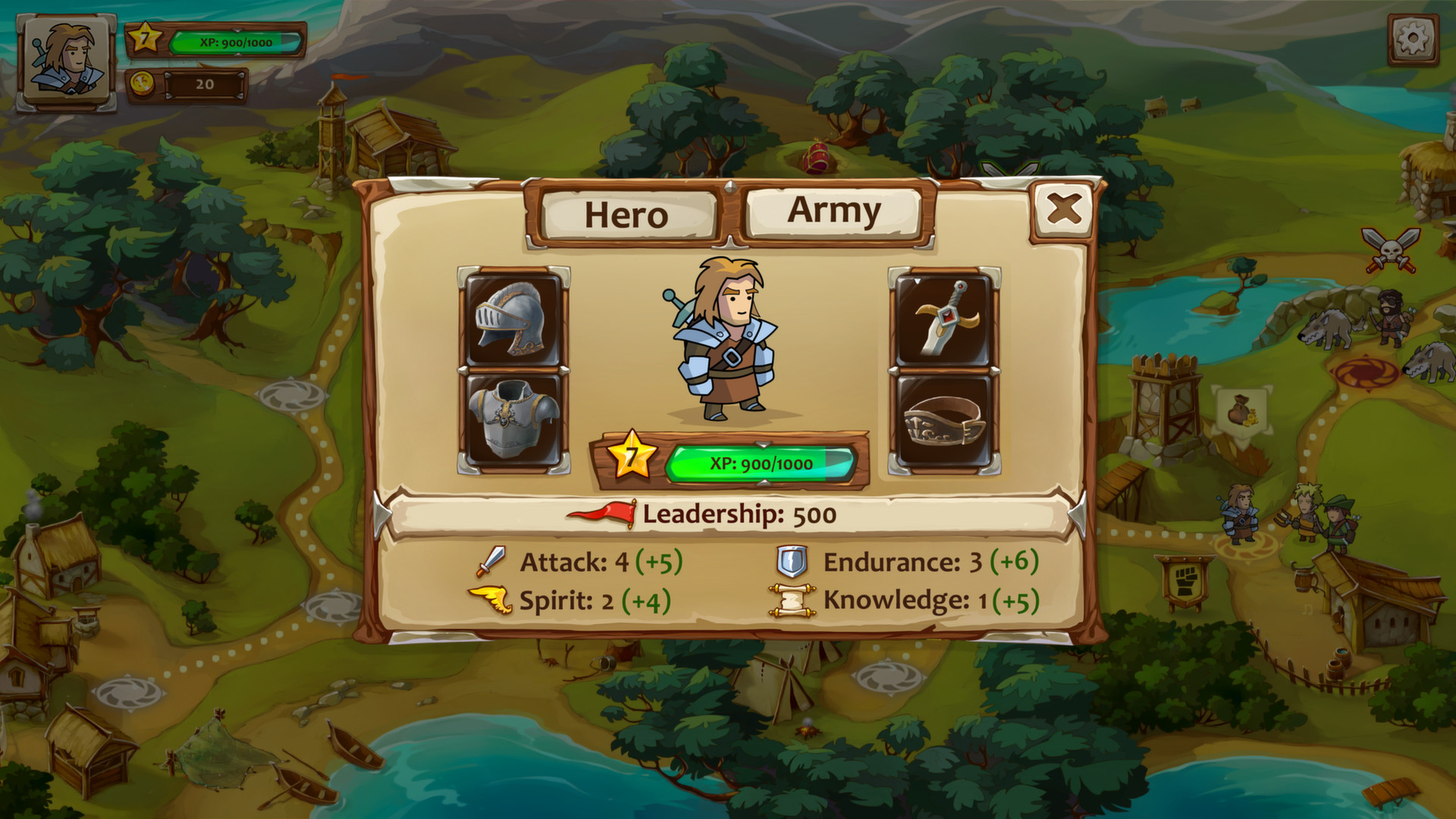 The game map you’ll explore is sub-divided in locations. In addition to the shops where you buy troops and items to increase your power, you will encounter thugs who want to hurt you. This leads to the focal point of the game: fighting on an hexagonal map!

Combat is fast and fun (but not furious). It looks similar to the fighting sequences in the Heroes of Might and Magic series. Each unit is specialized: slow but strong troops for hand-to-hand combat or gifted archers for ranged attacks, vulnerable once the enemy reaches them: some tactical options are available, supplemented by special abilities to unlock. 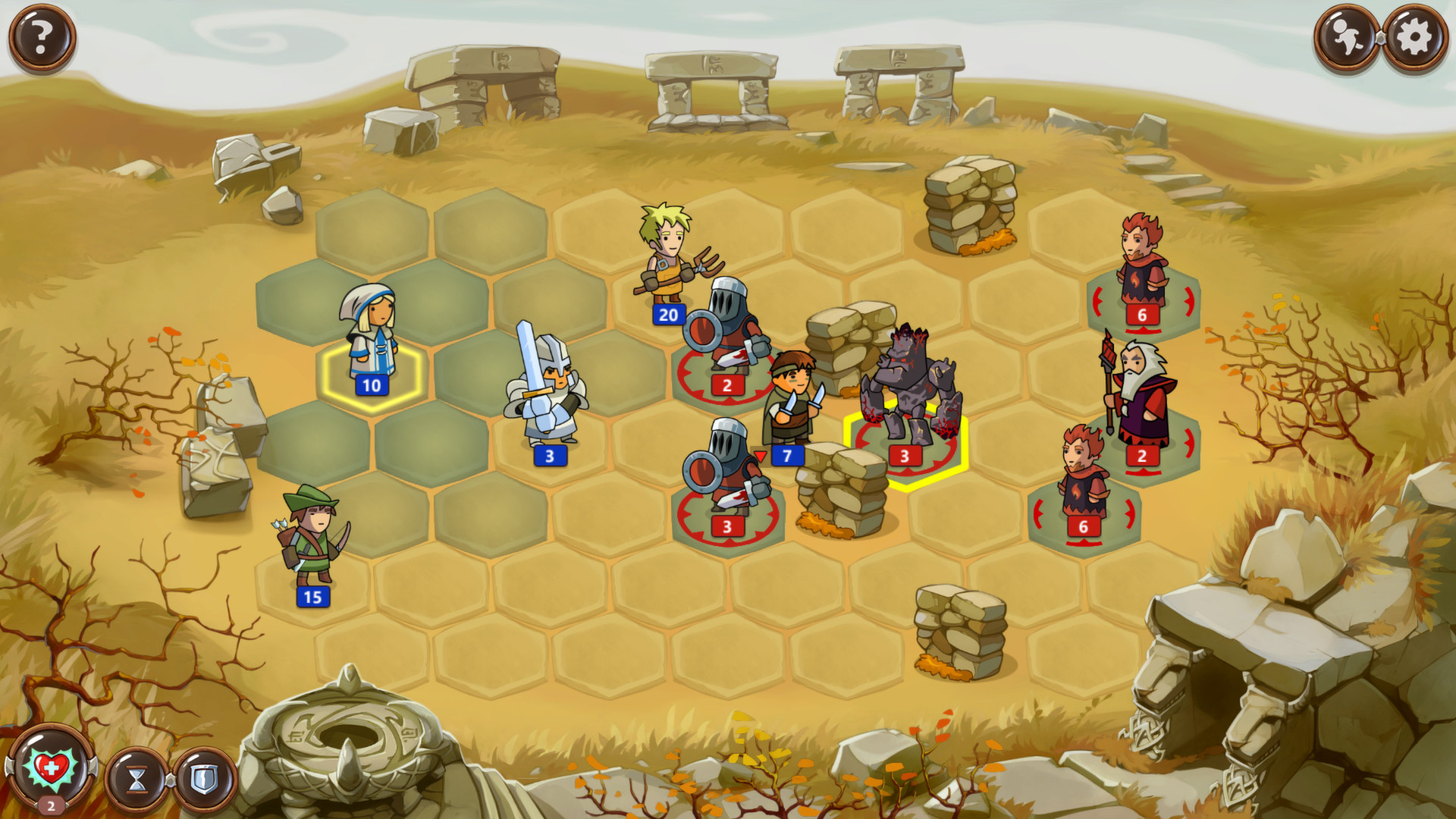 In the game everything is easy to learn, which is perfect for players who are new to the strategy genre or those who do not have much time available. The campaign is very short, and there is not much interest in completing the game more than once.

The graphics are cute, with a cartoonish style. The dialogue between characters is pretty funny, but the game would still have benefited from more dubbing and a more varied soundtrack.

This is a game designed for tablet and mobile, and these are surely good platforms to get rid of a couple of thieves and an arsonist sorcerer. It’s easy to progress through the game by fighting a small battle on the train or during the coffee break without losing track of the plot (which is slightly simpler than Game of Thrones).

The length of the game is short, but it’s also reasonably priced on Steam and GOG.com.

Why to play this game: for players new to the strategy genre or genre lovers who have little time available, and for those who want a relaxing little game without risking overheating their neurons.

Why not to play this game: if managing units on a map throws you off, or if your eardrums explode after two hours spent listening to the same music theme.

Find the game on Steam or GOG.com